MORE THAN 1.000 KM TRAIL FOR BEGINNERS AND EXPERIENCED HIKERS

La Palma has great opportunities for hiking all year round. There are numerous broad paths running through a green landscape full of flowers. Some paths follow the coastline, while others lead high in the mountains. On the way, you will pass banana plantations, and fruit and almond trees. Cave dwellings are dotted about, as a reminder of the times before the Spanish settled on the island.

Many hikers come to La Palma for the Caldera de Taburiente; an impressive eroded crater in the middle of the island measuring 1.5 kilometres deep and 9 kilometres across. In springtime, the Caldera is transformed into a luxuriant sea of flowers. Willows and bamboo grow alongside the streams, and there is a coniferous forest in the valley.

The Caldera is bordered to the east by high, steep inclines. These are the foothills of the Cumbre; a long chain of mountains running in a semi-circle around the crater and off to the south. At a height of 600 metres, it seems as though the clouds are hanging in the gnarled trees and then gliding upwards along the slopes, until the contours of the mountains are only faintly visible.

Many hikers pay a visit to the Roque de los Muchachos, which at 2,426 metres is the highest peak of the island. Here, in clear weather, you get a wonderful view of Caldera de Taburiente. Close to the summit, there is the ‘observatorio astrofísico’; an observatory opened in 1985. 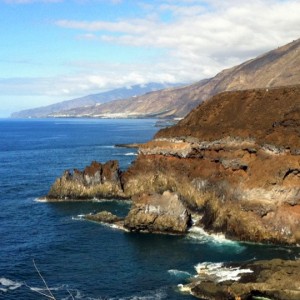 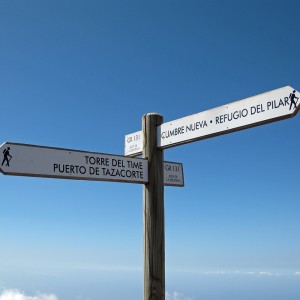 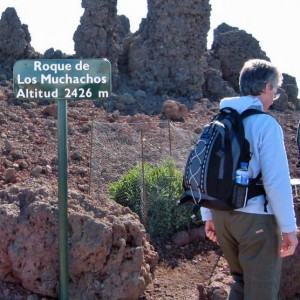 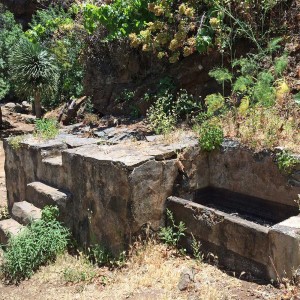